The geoduck is a species of very large, edible, saltwater clam in the family Hiatellidae. The common name is derived from a Lushootseed (Nisqually) word “gideq” meaning “dig deep”.

The geoduck is native to the west coast of North America. The shell of the clam ranges from 15 centimetres (5.9 in) to over 20 centimetres (7.9 in) in length, but the extremely long siphons make the clam itself much longer than this: the “neck” or siphons alone can be 1 metre (3.3 ft) in length. The geoduck is both one of the largest clams in the world, and one of the longest-lived animals of any type. As adults they have very few predators other than humans.

Geoducks are one of the longest-living organisms in the animal kingdom. The oldest recorded specimen was 168 years old, but individuals over 100 years old are rare.[6] Scientists speculate that the geoduck’s longevity is the result of low wear and tear. A geoduck sucks water containing plankton down through its long siphon, filters this for food and ejects its refuse out through a separate hole in the siphon. Adult geoducks have few natural predators, which may also contribute to their longevity. In Alaska, sea otters and dogfish have proved capable of dislodging geoducks; starfish also attack and feed on the exposed geoduck siphon.

The large, meaty siphon is prized for its savory flavor and crunchy texture. Geoduck is regarded by some as an aphrodisiac because of its phallic shape. A team of American and Italian researchers analyzed bivalves and found they were rich in amino acids that trigger increased levels of sex hormones. Their high zinc content aids the production of testosterone. It is very popular in China, where it is considered a delicacy, mostly eaten cooked in a fondue-style Chinese hot pot. In Korean cuisine, geoducks are eaten raw with spicy chili sauce, sautéed, or in soups and stews. In Japan, geoduck is prepared as raw sashimi, dipped in soy sauce and wasabi. 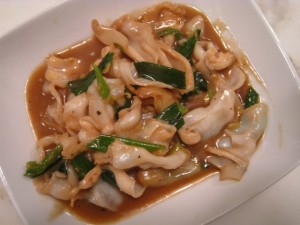 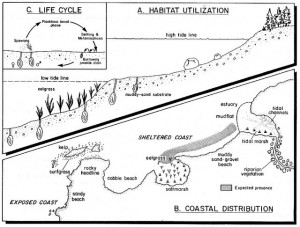 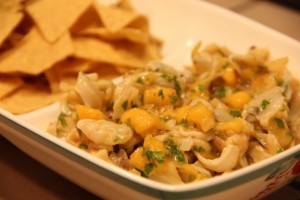 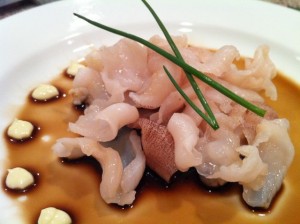 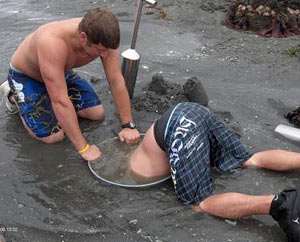